Mindset Changes: Lose Your Limiting Beliefs, They Aren’t Yours Anyway! 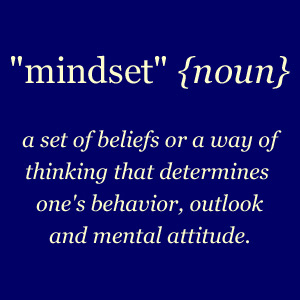 I’ve not spoken to my father in over 20 years.

Does that shock you?

Does it make you feel sorry for me? (Please don’t.) Or, does it make you want to tell me to forgive and forget? Heck, you may even suggest (as some do) that I get in touch, it will make me feel better. Trust me, when I tell you it won’t.

In fact, I had a wonderful visit with my aunt recently, my father’s sister. She is 81 now and no longer speaks to her brother, nor does anyone else in the extended and immediate family. (I’m in very good company.) She actually told me not to bother with him any longer, to get on living my life, being happy, and enjoying my work, and I am doing all of that.

The greatest gift my aunt gave me was some truly priceless insight into my father. She mentioned a conversation the two of them had many years ago. He disclosed that he didn’t like himself. And he’s never changed that.

Yikes! I thought. It’s contagious. I’ve wrestled with not liking myself for years.

I’ll call it an inherited limiting belief since I got it from my father.

NEWS FLASH: You aren’t born with limiting beliefs. You pick them up along the way in life, most often at an early age and without any idea the trouble you are causing for yourself. 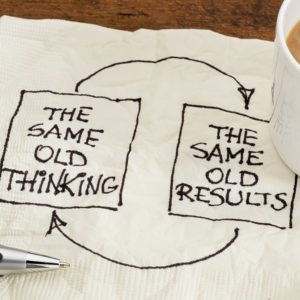 In my case, this particular inherited limiting belief has made healthy and happy relationships with men a true challenge. I am not yet married (sounds better than never married and I’m still optimistic) at that age we refer to as wisdom and looking at my second chapter. (If that confuses you, let’s just say that if I live the same number of years I have so far, into the future, I’ll be barely over 100.)

Not liking myself has meant that I’ve been my own worst critique and rarely missed a chance to beat myself up mentally and emotionally. WOW, that pretty well sucks, don’t you think?

The path to liking myself has been long and painful, and totally worth it. I’ve done a ton of personal development with some professional guidance along the way (read therapy.)

I have good days, when I think I’m terrific! And occasionally bad days when my mantra drops into that place of “I’m a bad, awful, horrible, terrible person.” (Yeah, it’s not pretty at all.)

What my father’s limiting belief cost him is huge.

He has spent his entire life chasing external solutions to his internal problems. He tried transcendental meditation, transactional analysis, EST, jogging (way back when it first was cool), diets of the weird and wacky variety (orange juice and cabbage, garlic and tuna, fasting), and religion.

He’s never developed long term friendships and terminated many relationships only to try picking them up blindly 35 years later when the former friend is no longer interested and can’t fathom why he’s getting in touch after so very long.

At one time he had a bevy of beauties he kept around, usually 20 years younger than he was, and often Tahitian (Tahiti was a place he often enjoyed on his boat.) After he and my mom divorced, he was largely absentee as a father (think deadbeat dad). He saw us only out of duty, usually just twice a year when we’d fly out to see him in Hawaii and inevitably be left with one of the beauties for the day since parenting wasn’t something he had any familiarity with or desire to do.

He came from a very wealthy family and didn’t have to work for a living, though never supported his own family. Instead he flitted about the globe, having adventures, and pretty much doing what he felt like. It sounds like fun except since he didn’t like himself he was constantly seeking external validation of himself as a person (I’ve been that route as well.)

And, most obviously, it was a contributing factor to my parent’s divorce. You can’t give away what you don’t have for yourself. OUCH! And it left him unable to love his children (my sister and I.)

You are up to you!

Now, I don’t know necessarily where he got his belief. I simply know that I got my limiting belief from him (my mom contributed too but that’s a different post!)  And if I’d sorted out sooner that it wasn’t mine to begin with, I’d have chucked it sooner.

Today, I have done enough work (I’ll always be in progress, we all are) that I know I am the product of the choices I make and my beliefs are a cornerstone of those choices. Today I can be anyone I choose to be at any given time. I can change my beliefs, I can let go of beliefs that don’t serve me.

YOU HAVE AN AMAZING GIFT! You are in charge of your thoughts. (I know, you are thinking “oh crap, that is more responsibility than I want.” Deal with it and start responding with ability instead of disability.)

You can be WHO YOU WANT TO BE with the decision to change what you believe, how you feel, and how you behave. Your thoughts lead to your feelings, lead to your actions.

You are up to you.

Claim your gift of choice and remake your life by letting go of inherited limiting beliefs and create new empowering beliefs.

YOUR COMMENTS ARE ALWAYS INVITED. I’d love to know how this article has impacted you and what inherited limiting belief you are willing to let go of starting this moment.