How to Avoid Failure Every Time . . . 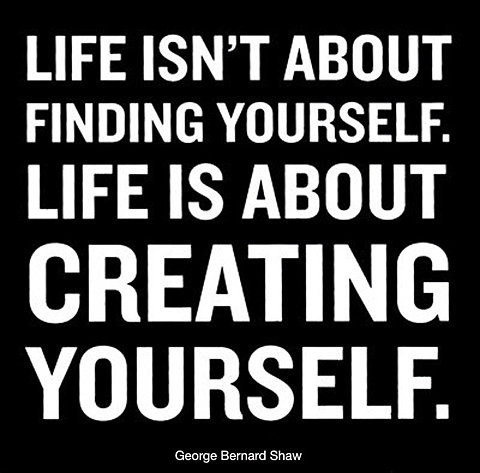 Recently, I had lunch with a dear friend of mine. It was a gorgeous sunny day, though still brisk with Spring on the way, but not yet here. We decided to stroll the neighborhood boutiques following a delicious bite to eat. It was a Monday, so not many other folks were out (hey there are advantages to being the boss!).  There was one tiny place, no wider than five feet across, but a good twenty feet deep. A little sliver of fashion and fun in the midst of popular eateries, brew pubs, and full scaled storefronts. The gal manning it was friendly and dishing about the three for one special on jewelry. As is my habit, I started to ask her about her big dream.  And you thought I only did this with my clients, heck I ask everyone because most people aren’t living their dream.  Evidently I hit a nerve.  It turns out she is a talented artist and muralist. When the economy was strong she was doing her artwork full time and loving it, as soon as the economy nose dived, she gave up, packed up, quit and took the job she has now.

Setting Up Every Obstacle to Success
I asked if she had a website and she was quick to point out she couldn’t afford it. That didn’t make any sense since I know hosting is less than $10/month. When I pointed this out, she went into a tirade about how no one bought art online, she couldn’t afford advertising, it was a total failure. She had decided to put her dreams on hold for the economy, rather than create her own. The irony is that she had a website with her portfolio but in her mind because she couldn’t advertise, it was useless. Evidently, no one had shared the value of SEO (search engine optimization) with her, or the value of building a community online in social media with Facebook and Twitter. She’d shut herself off to possibility and opportunity.

Failure is Her Certainty
In my ever optimistic way of suggesting how she could put herself back out there (sometimes I just don’t learn!), I got another earful. This time she insisted that she would fail. And with those words, I guaranteed her she would. She seemed to be fueled by the the idea that getting back out there would only result in failure and was entirely unwilling to look at anything else. She has decided that unless or until the economy is ready, there is no way she can succeed as an artist or really as anything else! This really bothered me because I realized that you may be thinking the same thing.

The Missing Ingredients
There are only two things you have to have to get through tough times, faith and perseverance.  Neither of these costs you a dime, but without them you will lose your dreams, you will rob the world of your gifts, and you will lose yourself to a life of default instead of a journey by design.

Keep Going
That you experience adversity may not be up to you, how you handle it is entirely up to you. I’m not saying it’s easy and it’s not without pain, struggle, challenge, and frustration. I am saying you can overcome it. Whenever I am in doubt I remember Will Smith in The Pursuit of Happyness. That movie left an enormous impression on me because it was based on a true story of a man who no matter how many times he got knocked down, back to back, face to face, he kept getting up and going.

Welfare Welcomed Us
And whenever movies aren’t enough, I remind myself that when I was in public junior high school, and walked to school for three years with brown bag lunches and my mom had said it was for the experience, it wasn’t. Mom was a single working parent, while she’d had a glamorous career, it had stalled. Years later she told me that during this time she’d been without work for two solid years, I was busy growing up and surviving adolescence with all that entails. I had no idea. Her unemployment benefits had run out. She was within two days of going on welfare with us in tow, when the option for her book was picked up and an advance was provided. We never knew because my mother was a woman of incredible faith and perseverance. She continued seeking new opportunities at every turn, never doubting that something would turn up, a door would open and it did.

Find Your Answer
Find your faith whether it is in God, in the Universe, in yourself, and find a way to keep going. There are those around you who want to support your dreams and your visions. I am one of them and not the only one. Anyone who doesn’t, let them go. They gave up on themselves and their own dreams and too often spend their time tearing down others. You deserve your dreams, the world deserves your gifts.  Failure is the absence of faith.