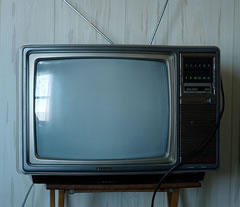 This week has been a real lesson in complexity and how crazy our lives have become.  Having moved into a new apartment recently (okay over a month now) I decided I’d like to have a TV (imagine that.) But remember, this isn’t the Good Old Days where you would go buy an electronic box, get it home, plug it in, adjust the rabbit ears (that’s old school language for antennae) and VOILA! get a picture. No, no, no, instead I got the privilege of wrestling with AT&T over a handful of phone calls (one is never enough) and schedule installation in an infamous two hour window (which will really be the better half of my day) a week out. YIKES. I want a simpler life. 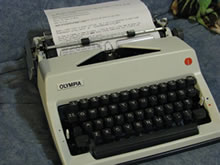 Do we really need to see the pores on the faces of the newscaster?  Do you really want to see each character line or airbrush trace on Desperate Housewives? (Do you really want to see a Desperate Housewife?) I don’t. I’m good with old stuff. I yearn for an old fashioned electric typewriter instead of a fancy laptop that runs hot (a la Dell) at less than a year old, and if you aren’t careful and your fingers move as fast and hard (learned on a manual) as mine do, you accidently lock the key delivering unbidden and unrecognized symbols like thumbs up and thumbs down (really? I’ve never needed this in my communication on paper.)

I am the proud owner of an old fashioned VCR (yes I still own tapes that will never be translated to DVD) and the friend who gave it to me, made sure it didn’t have a clock as he wisely knew it would blink incessantly requiring reading of the manual to set it every time. I don’t read directions and I am a female! This is not just relegated to men these days. 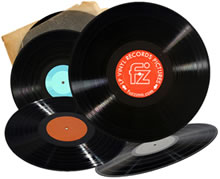 I have six cases of LP’s (OMG, you might not know that term, long playing records, big vinyl disks) because many won’t ever make it onto CD or IPOD. And I own a real live record player (not a crank handle, I’m not that antiquated.) Oh and speaking of IPODs, I was gifted on over four years ago when they first came out and I’ve never used it. I don’t want to put an ear plug in to listen to music. Ear plugs are devices to keep sound out, not in.

I think of the voice on the GPS as a backseat driver and often argue with her and eventually shut her off. She doesn’t strike me as smart, she doesn’t know the shortcuts I know and when she gets electronically challenged, she indicates I’m driving through lakes and across golf courses. Despite my record of a lead foot, I have always stayed on the highways.

I want a simpler life, a life that allows you to buy something, bring it home, and plug it in and it works. It doesn’t have to be uploaded, downloaded, updated, installed, softwared, hardwared, hardwired, or a manual in multiple languages read cover to cover too many times.  Technology speeds up life, but is that really good?  Life has always moved fast enough, we all get the BIG DIRT NAP, do you really want to get there faster? I’m raising my hand to slow down, to stop and smell not just the roses, but the grass, the trees, the sky, the sun, the gladiolas, the daisies, and a whole lot more.

Are you with me? Or are you going to argue this. C’mon, let’s do it!